Dominate the Seas of AVAX

Build up your island base, accumulate warships, engage in missions, raid neighbors and participate in massive team vs team battles while earning rewards within the Avalanche Network. Do you have what it takes to become the Master of the Seas?

The Islands of AVAX is a story based play and earn experience where players partake in the story of AVAXpelago across multiple chapters ranging from life under FIAT occupation to becoming a superpower at the global stage. With multiple ways to play and earn, players can participate at a level suitable to their time availability and risk tolerance level. Experience AVAXpelago as a military leader, entrepreneur or a ruler. Join up with fellow players and form private companies/factions with private fleets, missions, bases and powerups. If you have the military might, band up with like minded players and form your own nation state.

The AVAXpelago region is rich in resources and has been the prized colony of the AVAX Kingdom. With a constant inflow of settlers and development support from the home country, AVAXpelago has developed into a prosperious colony within the northern hemisphere. Sadly, all good times However this prosperity was short lived. Without provocation, the aggressive Nation of FIATland invaded AVAX homeland alongisde with the AVAXpelago as part of its warpath for domination in the northern hemisphere. Many independent nations capitulated and puppet governments were put in its place. 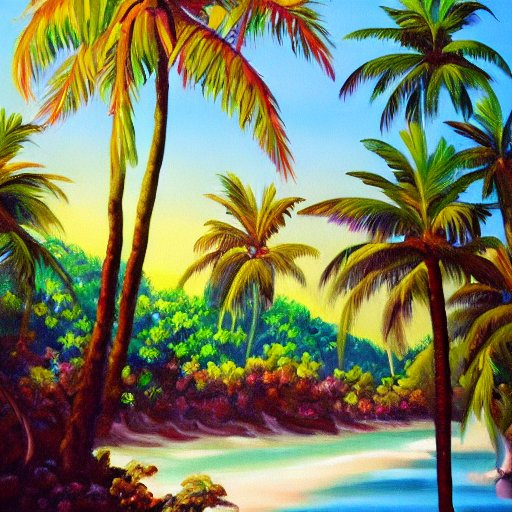 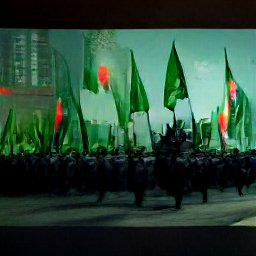 It has been over 10 years since the invasion and the people of AVAXpelago are growing restless. Life under the puppet regime has been difficult for the people and talks of a resistance to overthrow the occupying forces is spreading across the whole archipelago region. Many look to the good old days where the people of AVAXpelago had fair representation and freedom to do as they like. But some are looking at this opportunity to get ahead and ensure they have a place in the independent AVAXpelago region.

The political turmoil is making AVAXpelago a hot spot for mercenaries, pirates and freelance fleets looking to make a fortune offering their services to the highest bidder or plundering the lands in the chaos. Will you help AVAXpelago find freedom from its FIAT shackles? Will you profit from the chaos? Or will you seek to be in a position of power after the chaos? AVAXpelago awaits! 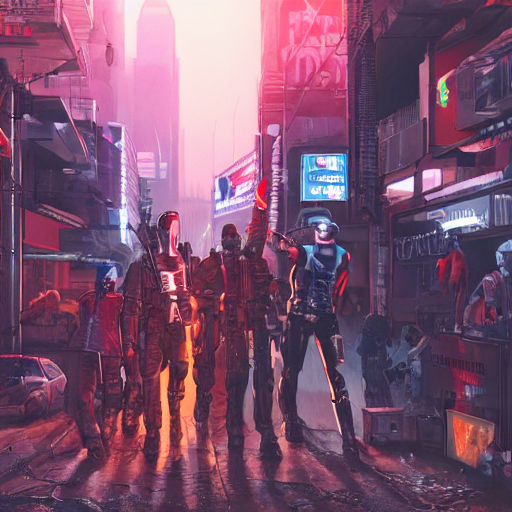 Islands of AVAX has three tracts for players to experience the AVAXpelago story in accordance to the player's interest, risk tolerance level and degree of involvement.

Battle to Earn (In Beta)

Collect military bases (ERC721) and other resources to construct warships. Send them on missions to to win rewards. Join up with fellow players to form your own company/clan and unlock private company/clan powerups. In later chapters, game storyline could be determined by outcomes of major campaigns and battles.

Build to Earn (In development)

Become an industrialist in the AVAXpelago region and carve out your own manufacturing empire in the 'post FIAT' chapter. Generate high demand resources for a fledging indepedent nation from food for population to building supplies for creation of future infrasturctures and military goods for the military complex. 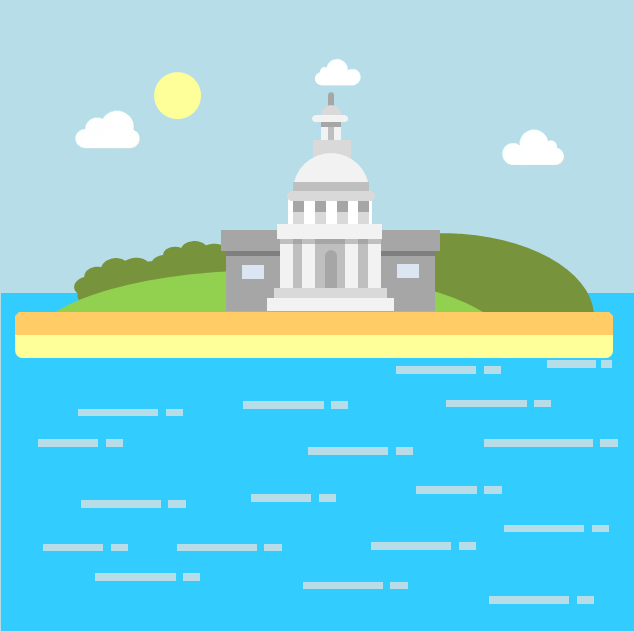 Rule to Earn (In development)

At the core of the game is a player advised DAO where players can run for a council role and direct the storyline of AVAXpelago. In the Sword of Damocles stretch goal, groups of players may be able to declare their own autonomoous provinces and engage in diplomacy with other nations in the region. (Indepedence/secession may be an option).

AVAX is under FIATland occupation and the resistance is working to cast the foreign invaders out of AVAXpelago. 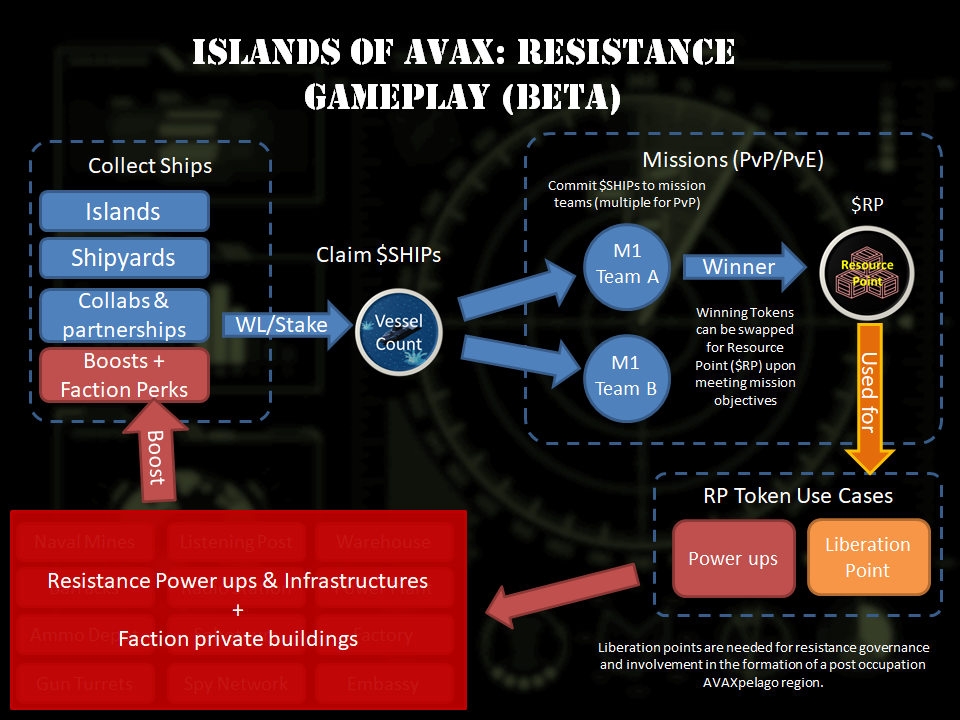 Stake shipyard NFTs, Island NFTs and other specified NFTs to claim $SHIPs for missions. (Beta gameplay will use faucets and snapshot WLs).

Upon meeting mission conditions, players receive resource points $RP tokens which can be spent on resistance upgrades, faction/team buildings or towards complete liberation of #AVAX-pelago from FIATland occupation. Resources are rare & you must choose wisely

Resistance powerups are shown by base infrastructures players can contribute to the building process. Each building upon completion grants different perks from a boost in $SHIP production (based on contribution %) to airdrops. Beware, buildings can be destroyed

Players can join up with other players and form factions which unlocks faction specific buildings (grants faction exclusive boosts). Influence resistance politics and position yourselves ahead in the post FIAT chapter. (Rule the cabinet or prepare for independence)

Islands NFT (ERC 721) tokens were released out to the public as artisan NFTs in a series of land sales. A prototype combat simulation game operated on the Discord channel where players earned rewards through participating in a series of games. Storyline lays out how AVAXpelago became occupied by FIATland forces. A portion of the presale proceeds will be put into an interest yielding platform (eg. AAVE/CRV etc...) to generate monthly allowance to pay out in game rewards.

AVAXpelago is under FIATland occupation and resistance is in the air. Players take advantage of the chaos as mercenary captains offering their ships to impact the outcome of the war for liberation. A combat simulation is released consisting of military bases (ERC721), military units (ERC20) and resources (ERC20). Players commit their naval units to story based missions to accumulate resources needed in this phase of the game. Upon a number of major victories against occupying FIATland forces, the people of AVAXpelago finally achieves their freedom. Players who contributed the most will have a say in shaping the liberated region and the vaule it holds. Will the liberated region seek to be an egalitarian utopian or impenetrable police state? What governance style will it have? How will the government manage its treasury? You decide!

While FIATland is no longer occupying AVAXpelago, expect waves of retailation as they try to retake the region. Military supplies gameplay is unlocked at this stage where players can providing food and supplies (ERC20 tokens) to the AVAXpelago armed forces. The leaders of the newly liberated nation state must decide on different policies from taxes to trade and foreign relations.

More complex economic simluation is unlocked (civilian & economic infrastructures). Raw resources can be used to construct civilian buildings. Landplots can be claimed by urban island holders and be used for constructing civilian infrastructures. More opportunites for players to find their place and build a business empire in AVAXpelago within the resource & civilian economy. More governance aspect available for players in governance roles.

Introducing a geo political gameplay similar to the boardgame RISK where factions/player teams can become their own nation states with their own DAO cashflow. Engage in diplomacy with other nation states that are connected by the economic and combat simulation game. Embark on a mission for world domination and lay claim on the DAO allowances (Taxes) of other nation states.

Expansion to other chains to allow chain vs chain gameplay. Each chain/network represents a nation filled with thousands of players on each side. Imagine leading the AVAX island region and fighting off invaders from a war mongering ETH chain nation while building up an alliance with the BSC chain nation to retailate via a trade embargo.